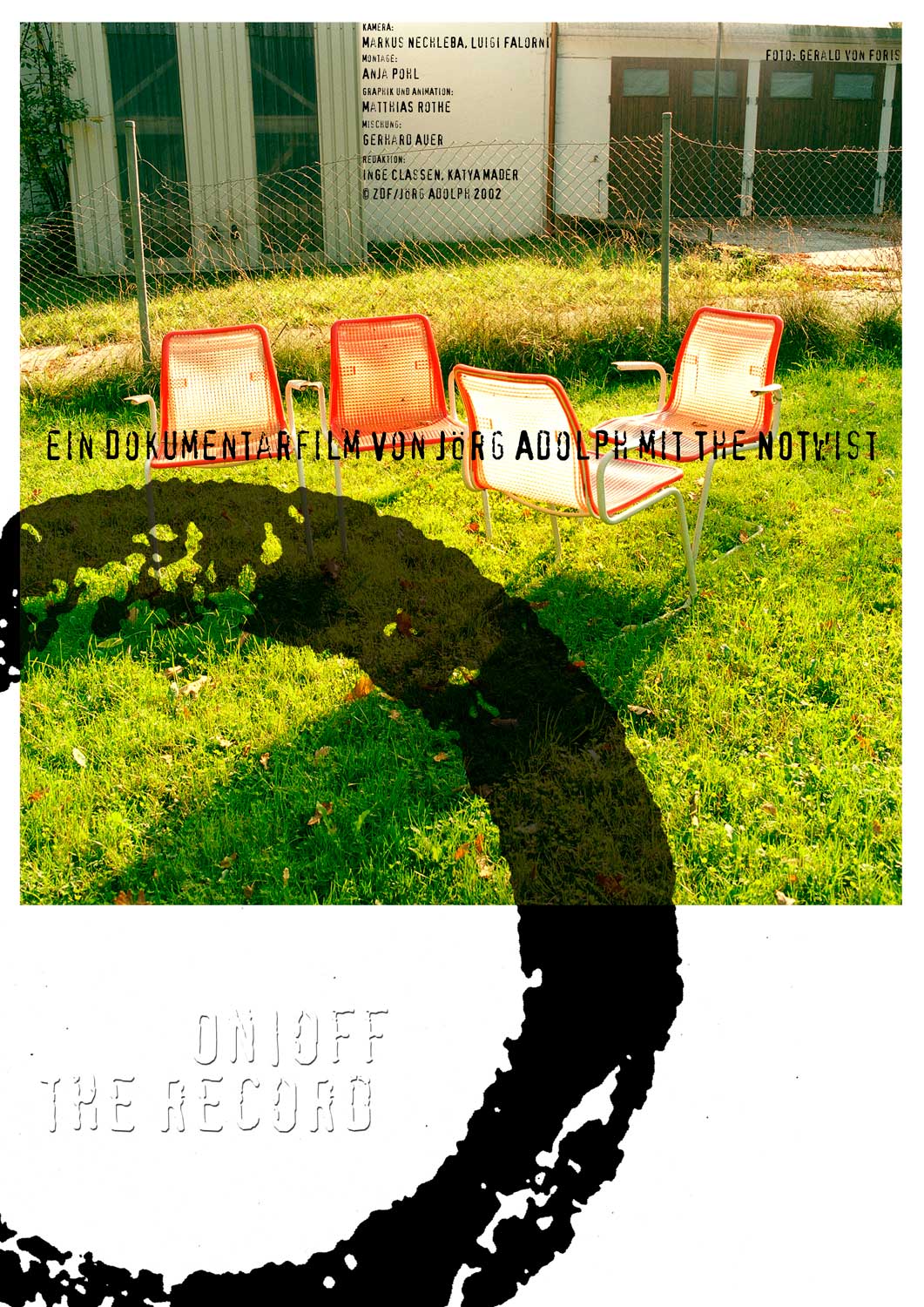 NEON GOLDEN turns 20! Since the release of the album in January 2002, audiences and critics have unanimously hailed The Notwist as the most important German indie band, and BR-Zündfunk voted Neon Golden the best album of the decade.
For the anniversary, the unique documentary film about the process of creating this masterpiece is available here for the first time in improved HD quality. At the end of the film, you almost believe you were bodily in the studio when Neon Golden was created.

You can watch this film in full length here. For this you will need a Paypal account. If you click on the green button you will be directly connected to Paypal. You will return to this site afterwards to confirm the purchase. This could take a little while. Sometimes you have to repeat to click the confirmation button.
You now have 72 hours to watch the film. After that your access will expire. In order to use this service you will need to allow cookies in your browser and you should not delete them until you have finished watching the films. Please note, if your browser is set to “Erase cookies after exiting the session,” you will need to deactivate this. Keep your browser and your player updated!

Documentary filmmaker Joerg Adolph spent 70 days with „maybe the most important Pop-Group in Germany“ (FAZ), while they were recording their milestone Neon Golden. Neon golden has been cited by critics as a landmark album of indie electronic or „indietronica“ music. The film On/Off The Record shows the intimate situation of working in the studio, where the music is composes, recorded, listend to, redone, discussed, abandoned and redone again. Parallel to the studio work, Jörg Adolph was able to observe the band in their search for a new label, as well as in the presentation and marketing of Neon Golden. In short, the film is unique and a must-see for any fan of the legendary Neon Golden album.

„We are here today to talk about Neon Golden. Of course we are. Released 20 years ago today, it is the crowning achievement of the Notwist’s career — a breathtaking work of art, a game-changing masterpiece, the kind of album that inspires rapturous praise and looms over an artist’s entire discography (even if they’d rather it not). Neon Golden is timeless, but it was also ahead of its time. Ultimately, the album’s unique charms have not been repeated by anyone — not even the Notwist themselves, who’ve taken pains to keep pushing forward rather than endlessly repeating their breakthrough. Looking back on that record’s aftermath, Markus Acher told Pop Matters, “We had to learn that many journalists thought of Neon Golden as our best record, and that nothing good could follow. But now we had made the ‘record after Neon Golden‘ and that felt very good, actually.” (Chris DeVille, Stereogum)